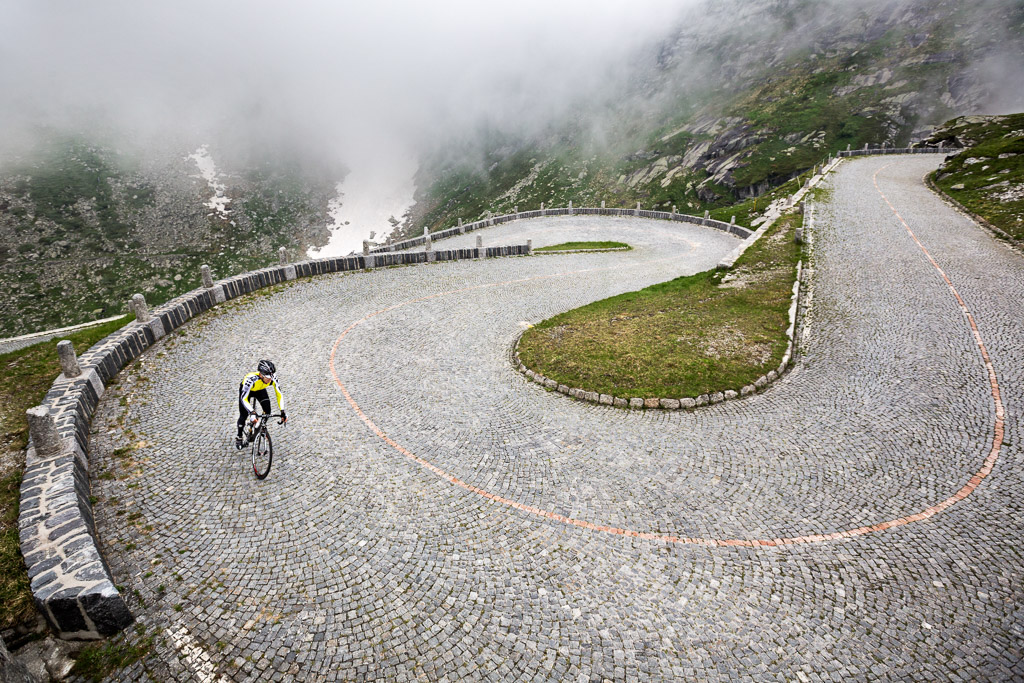 While the Tour de Suisse is part of the UCI WorldTour, it does not have the same profile as the Giro d’Italia or the Tour de France. As a result, the Swiss Alps are not on every rider’s radar. But they should be, as this world class climb proves.

The south side of the Gotthard Pass, or Via Tremola in Italian, is one of the most unique passes in the Alps thanks to its top 5km of original road surface, in the form of cobblestones. But not only is the pass cobbled, and steep, but thanks to the Gotthard tunnel, it is not used by many cars. Besides a few motorbikes and curious tourists, cyclists will have the bumpy experience to themselves. Bumpy, but fun: this is not Paris-Roubaix. The road is well maintained and the cobbles are nice, square and mostly smooth. It’s never too steep, so riding on the cobbles is not hard either...it’s just a little bit slower, and nothing but pure fun. The Tremola also features some incredible sets of switchbacks.

The Pass can be ridden from a number of different routes, but the best experience comes from Airolo, which is arrived at in descent after climbing the Nufenen Pass, the second highest paved pass in Switzerland (2,478m), from Andermatt. Airolo is located in Ticino, the Italian speaking part of Switzerland.

The Central Alps, around Andermatt and Meiringen, include numerous monster passes such as the Susten, the Furka, the Grimsel and the Oberalp) which can be linked in all different forms. 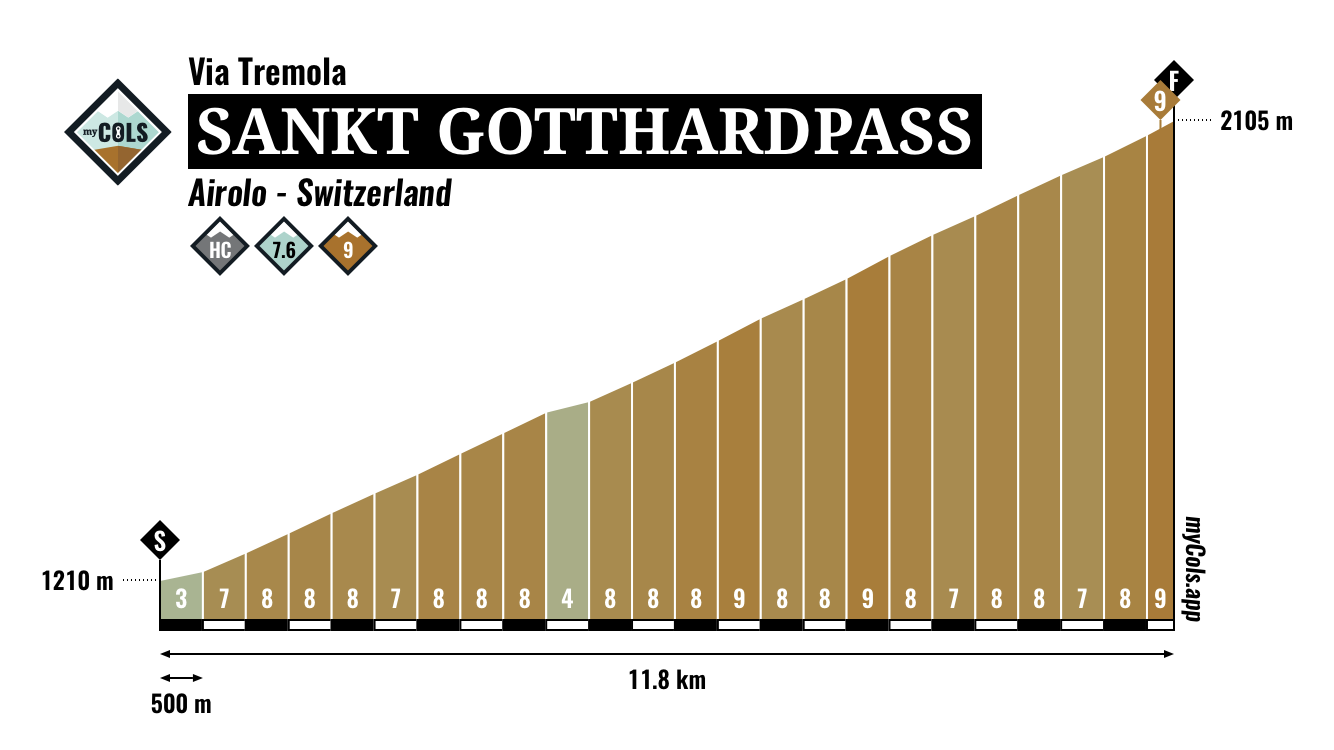 Remember to visit one of the many cheese and sausage trucks on the Gotthard Pass. Make a purchase, sit in the sun, and do some people watching. 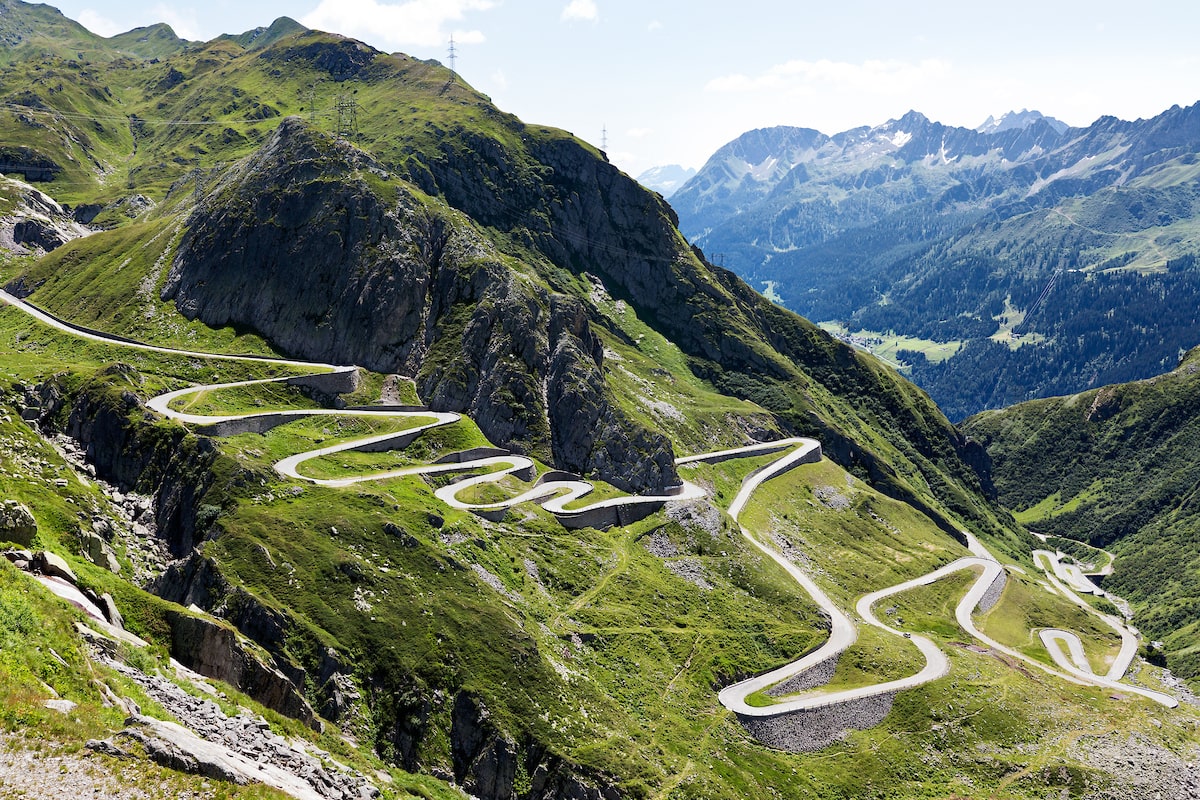 Some of the most spectacular switchbacks you'll find in the Alps 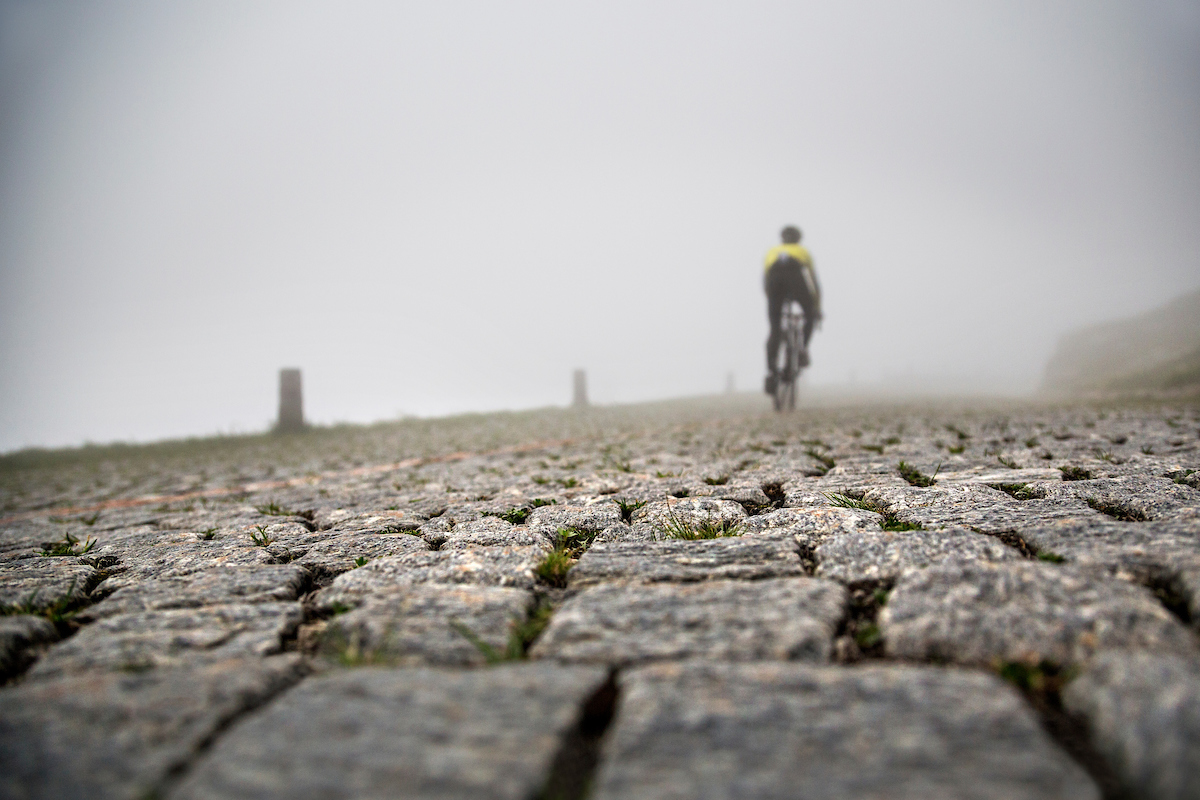 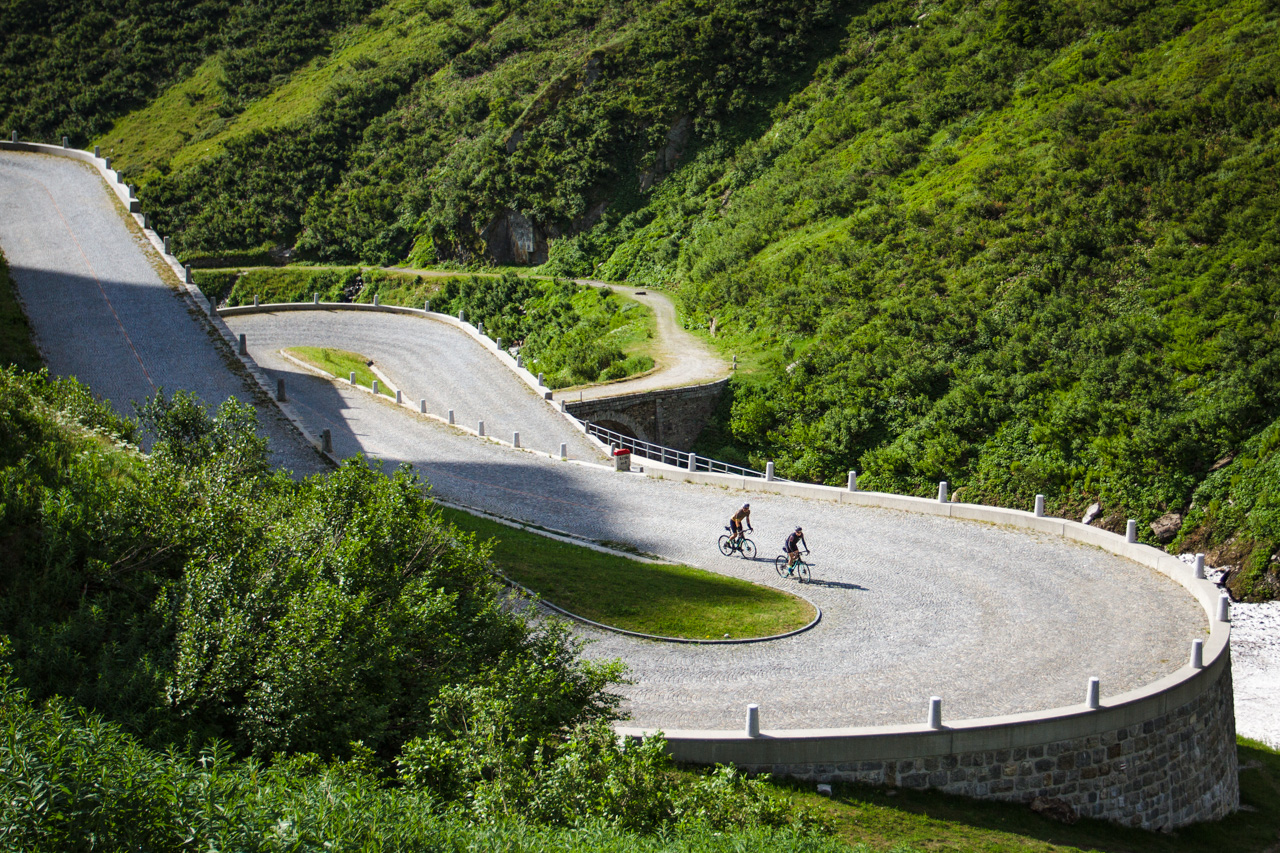 Starting the cobbled section, about 5km from the top