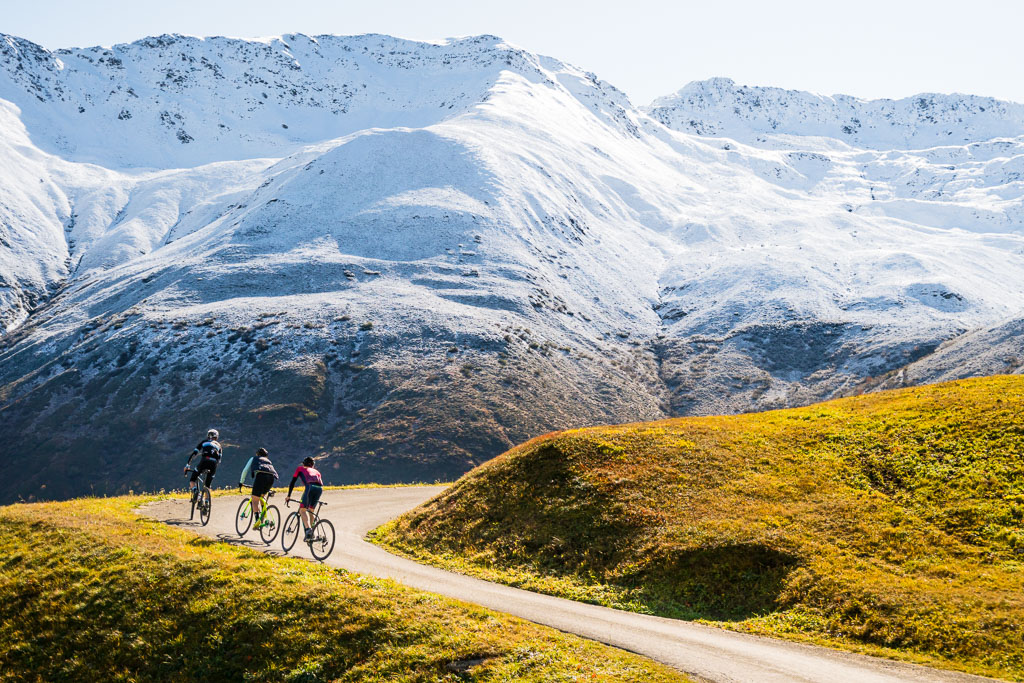 Located in eastern Switzerland, the canton of Graubünden is home to some of the most beautiful road cycling passes in the Alps such as the Albula or the Umbrail. It is also a paradise for gravel biking. This 3 day tour takes you to the sources of the Rhine river in two distinct valleys: the Vorderrhein and the Hinterrhein. Based on routes designed by 2019 E-Mountain Bike world champion Nathalie Schneitter, it combines quiet paved farm lanes, gravel roads and short sections of easy singletrack.

The tour starts in the village of Splügen. Instead of riding the eponymous road pass, you head up to the Lai da Vons, a pristine lake at 1,991m. The second climb takes you to Mathon (km 28) before the famous Via Mala which means “bad path” in Latin. A well deserved name for this abandoned road in a deep gorge carved by the Hinterrhein that terrified travellers in ancient times. Now it’s just a perfect playground for gravel biking.
You reach the town of Thusis at km 45. From there it’s almost flat on a quiet bike path until Reichenau, where the Hinterrhein and the Vorderrhein merge into the Rhine. Hop on the Raethian Railway train to reach today’s destination: Disentis, a village high up the Vorderrhein valley famous for its Benedictine monastery founded in the 8th century.

Instead of taking the road to the Oberalp pass, you stay on quiet gravel tracks until Sedrun. After a first big climb across the ski resort, you rejoin the main road in Tschamut. Less than 3km later, you take a left and head towards the Maigelshütte. At 2,314m, this typical alpine hut which serves food and drinks during the summer season is the highest point of the tour. After that it’s a fun 17km downhill mixing tarmac and gravel until one last climb and the final descent back to Disentis.

The first 15km are all downhill to Trun on the “Alpine Bike” mountain bike route, part of the SuisseMobile network. A good warm up before the 25km climb to Alp Nova, a high plateau with a breathtaking view on the surrounding peaks. A fun gravel and tarmac descent takes you into the beautiful Val Lumnezia before another climb and 25 hairpins down to your final destination: Ilanz.

Read Alain's story on his scouting trip in Graubünden on RIDE Media. 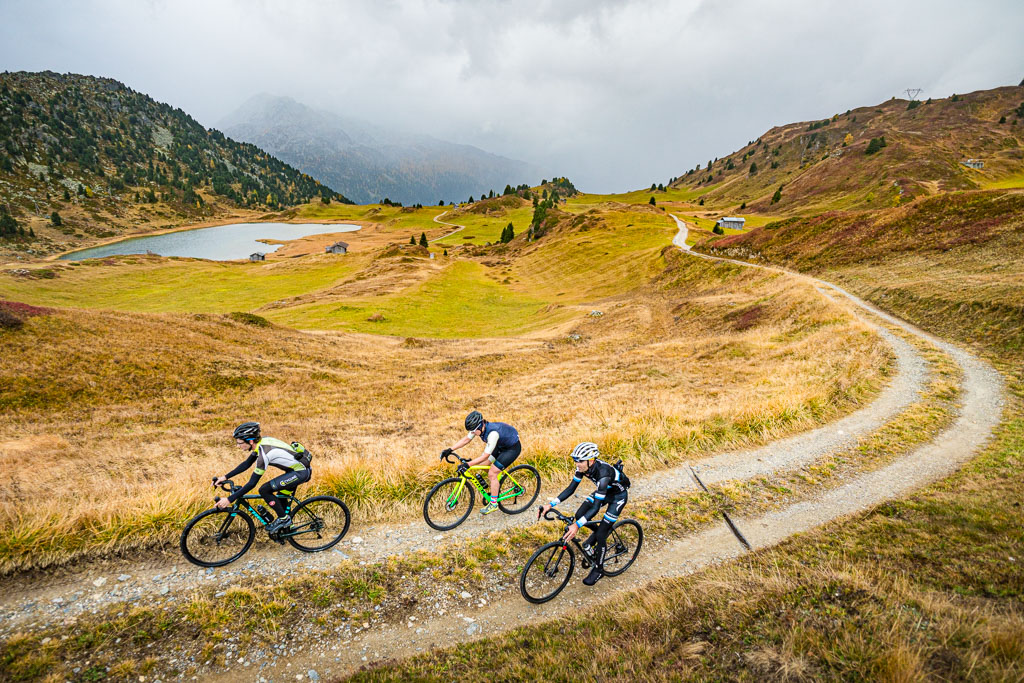 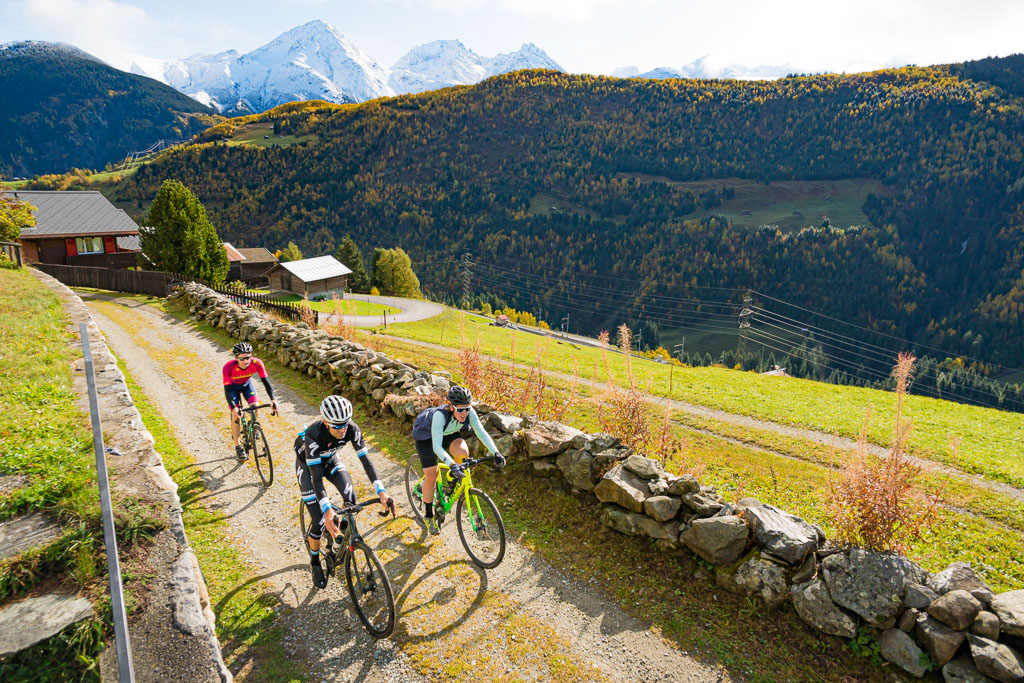 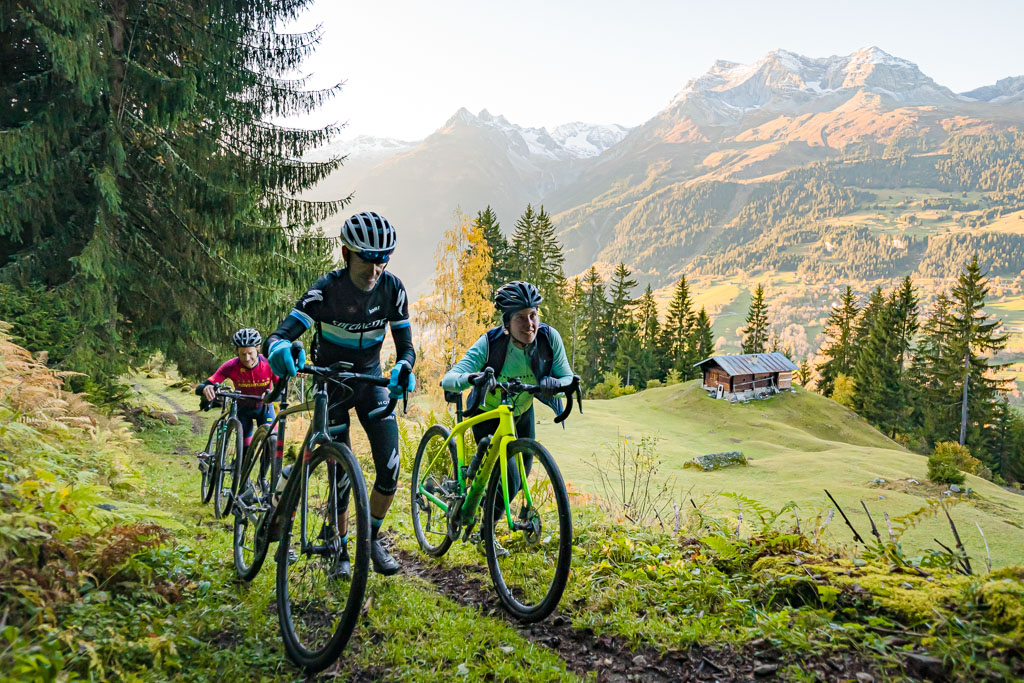 The route is - almost - always rideable 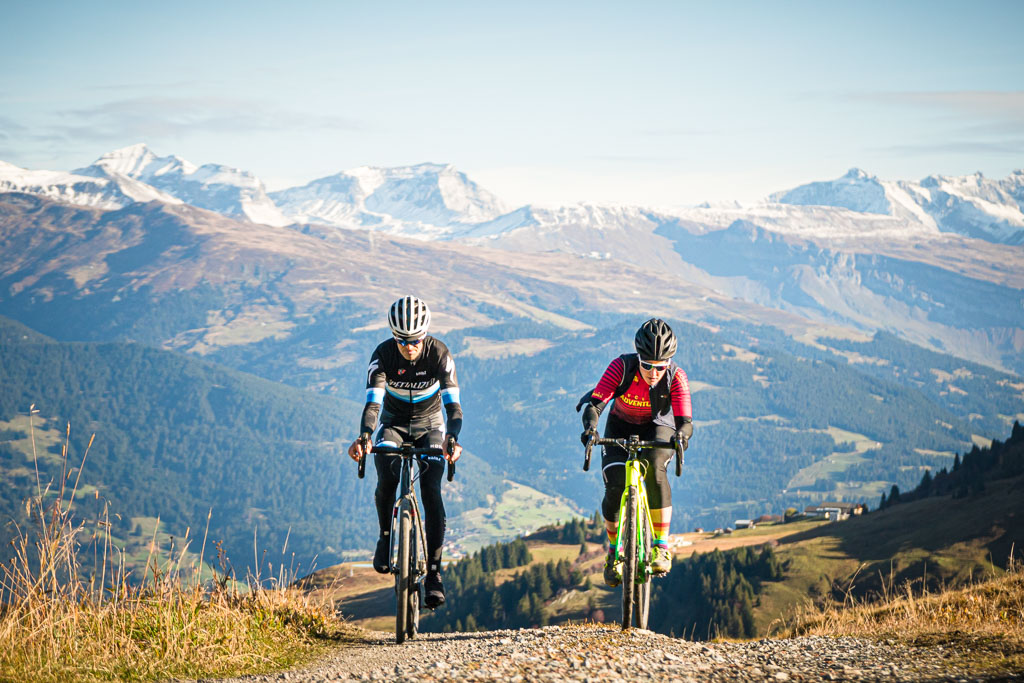 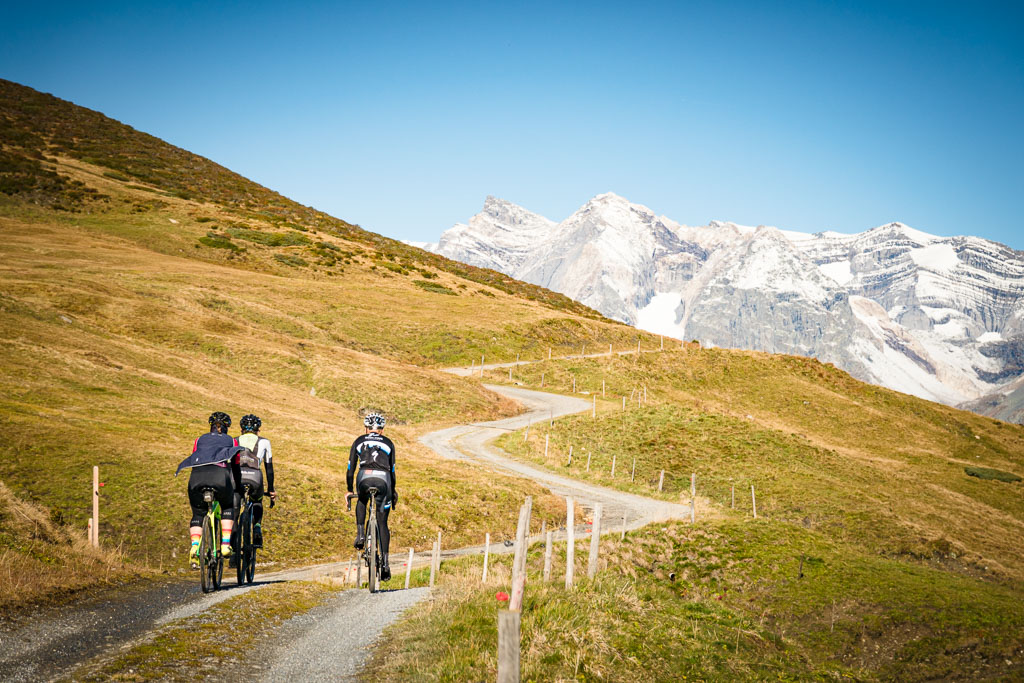 On the way to Alp Nova on day 3 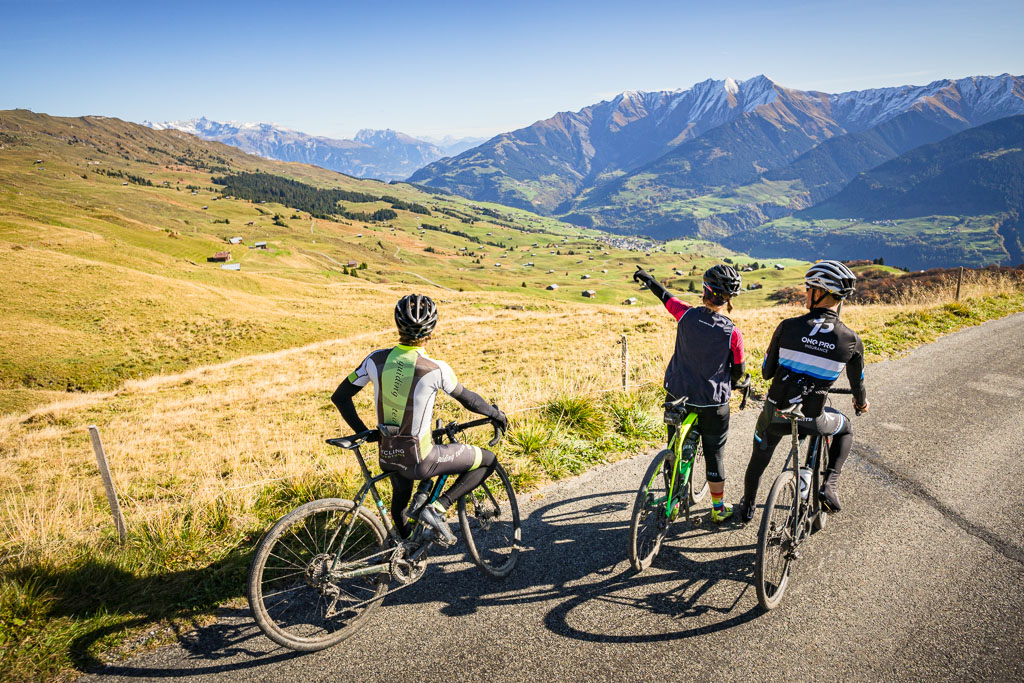